PaperCut have announced the release of version 15.2 of the print accounting app.

We have always pointed out that PaperCut does a great job of providing the kind of support IT teams really like.  15.2 is no exception.  The latest version does not have new features that its sales forces will be singing out about - but it has a rack of changes under the hood which will appeal to users' technical support teams.  This said, PaperCut have also updated their reseller portal, with new .eps and .png files for marketing purposes.
PaperCut 15.2 is ready for Windows 10, the upcoming version of MAC OSX "El Capitan" and systemd, the latest Linux platform - plus support for Adobe Reader DC.
The PaperCut site server, which has been part of the system since version 15.0 (see our news of February 26 2015), is now standard, rather than an option.  This feature is key to to the smooth running of multi-site installs.  It allows PaperCut features to still run even when the communications to and from a site are disrupted by providing a local platform.
PaperCut are also highlighting improved user management, with a more user-friendly way of handling groups of users with group-specific rules.  Along with a breadth of fixes and improvements for specific MFPs, we note improved security against script-based hacks on the user web interface.
Check out PaperCut 15.2 on Your DMO!
Share this news item 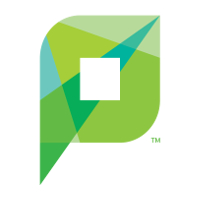