The German developer Cortado has launched version 10.6 of its ThinPrint solution. This mobile printing solution is mainly based on powerful compression of print data, and is intended primarily for very large accounts.

The technical advantages lie beyond the compression technology that reduces the bandwidth requirements, but on a virtual printer driver that provides a consistent interface regardless of the location and printer model.  In contrast to other similar solutions, advanced features such as finishing (stapling, punching) are supported by this universal driver, the "ThinPrint Output Gateway."
According to Cortado, compressing printjob data on a network can mean less servers.  With ThinPrint in place, it is no longer necessary to have local print servers in subsidiaries or branches, all the printjobs of which can be routed through a central server.
At the same time as they are releasing this new version of ThinPrint, Cortado are also launching ThinPrint Mobile Printer for Android and for iOS to allow mobile users to print from their remote desktop session (be it Windows Terminal Services, Citrix, VM Ware etc.) straight to WiFi printers connected in the tablet's immediate environment.  So this application allows a kind of transfer of the print job to the remote session to the local tablet.
ThinPrint 10.6 is already available, and will soon be on Your DMO.
Share this news item 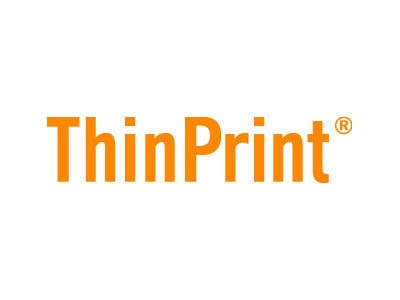