Xerox sells its IT services arm to ATOS

After some eighteen months of discrete negotiations, the French IT services company Atos and Xerox have reached an agreement for the acquisition by Atos of Xerox ITO (IT Outsourcing), the IT services subsidiary of the US company. Xerox ITO employs 9,800 people worldwide, including 4,500 in the United States. Under the terms of the agreement, Xerox will receive 1.05 billion US dollars for the transaction, which should allow the US company to refocus on its activities 'in which they are the strongest,' in the words of Robert Zapfel, president of Xerox Services.
This acquisition means Atos becomes one of the top five global services companies, behind the IBM, Accenture and HP, Fujitsu Japan and just ahead of CapGemini.  In particular, it will mean its revenues will nearly triple in the USA (the leading world market in terms of IT services, worth some 250 billion Euros, or 300 billion dollars, according to Gartner) by growing from 700 million dollars to nearly 2 billion (2013 figures).
Xerox ITO has 21 data centers in the United States and has some 300 customers including some very large companies such as Marriott and Dow Chemical.  The Xerox subsidiary also works for the rest of the Xerox Group, and the transfer also includes the signing of a five-year exclusive contract that will allow Atos to remain Xerox' IT services provider. 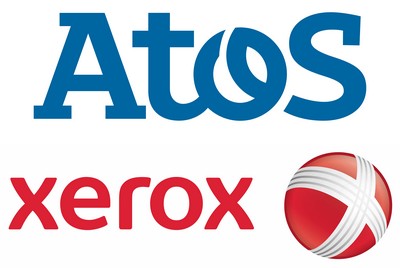