The innovations and trends we saw in 2013 have included:

HP has been busy on their A3 MFP range in 2013.  The LaserJet Enterprise flow M830 (monochrome) and M880 (color) were the first to arrive, followed by the HP S900 series of high-volume MFP comprising one monochrome machine (S956N) and three color machines (S951dn, S952dn and S970dn).
HP also distinguished themselves in 2013 with their HP PageWide technology as presented on the Officejet Pro X576dw color A4 MFP.  Inkjet technology allows this machine to be one of the fastest in its category.

For Konica Minolta, 2013 has been above all the year in which their INFO-Palette design has been applied to the entire A3 Office range, now all sporting the suffix “e”.  All their color and monochrome A3 machines now have touch screens which support “touch and swipe.”  The “e” versions launched in 2013 all have even lower Typical Electricity Consumption (TEC) than their predecessors.  With appropriate options included, the whole range can scan directly to editable Office Open XML Word and Excel formats, in addition to the PowerPoint and PDF text formats which were already available on some of the previous models.
As regards Production Printing, watch this space for big news early in 2014!

Kyocera completely renewed its entire A3 multifunction range in 2013.  They launched no less than fourteen new models running from 25 ppm to 80 ppm.  These new machines have several new features.  They support scanning to PDF text (on option or as standard depending on the model), are compatible with Apple AirPrint and have multi-touch tablet-type screens.  Worth noting also: the new devices have substantially lower electrical consumption than their predecessors.

The great innovation of the year by Oki is without doubt the ES9541, a five-color LED printer, which is quite unique in its marketplace.  The fifth color, which can be either white or clear, can help a printshop really differentiate itself by producing short series onto special materials (transfers, window stickers, colored papers etc) and by producing selective varnish finishes.
For Oki, 2013 was also characterized by reaping more benefits from its partnership with Toshiba.  Both manufacturers brought out (under their own brands) a range of A4 color MFPs and a range of monochrome MFPs based on LED print engines by Oki and Toshiba’s “e-Bridge X” technology.

2013 was the year Sharp arrived in the light color production market with the launch of the MX-6500N et MX-7500N.  These machines have multiple finisher options, can have an EFI controller and distinguish themselves by offering edge to edge printing – full bleed, inline.
Early in 2013, Sharp launched the MX-2640N, MX-3140N and MX-3640N to update its A3 color range – and followed this up with the launch of the MX-4140N, MX-4141N, MX-5140N and MX-5141N over the summer.  They all have multi-touch screens and have WiFi as standard.

As well as Toshiba’s partnership with Oki (see Oki, above), 2013 was significant for Toshiba as they launched two significant innovations onto the monochrome market.
First a front A4-only paper tray, making for a smaller footprint for a machine which can still scan copy and print A3 (using the bypass), the e-Studio 2505.
2013 also heralded the EcoMFP.  This all-new engine uses erasable toner allowing a sheet of paper to be used up to five times.

ConnectKey was Xerox’ buzzword in 2013.  The renewal of their Office ranges turned on this new platform, which brings new security features, the remote interface and improved access to Cloud-based services, among other new features.
As regards Production machines, Xerox added the D136 to its light-production monochrome D Series range and launched the C75 and J75, two machines which both benefit from the SIQA (Simple Image Quality Adjustment) system which helps with duplex registration.
Share this news item 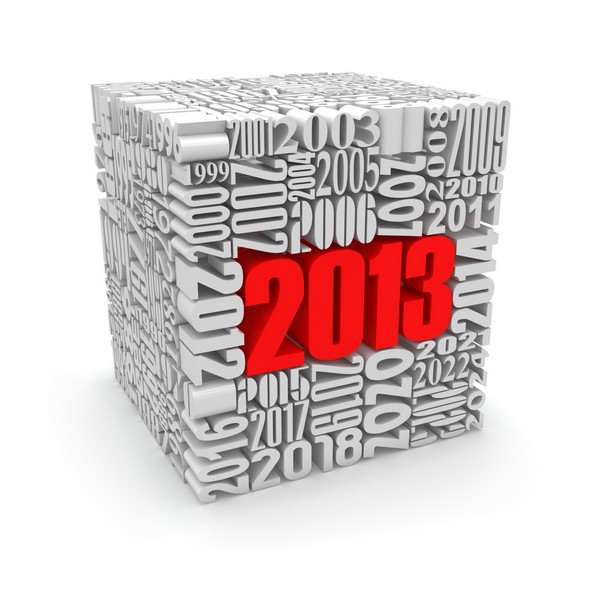