PaperCut have opened 2013 with the release of version 13 of the successful print accounting app.
The key feature the Australian developers are highlighting is the new print archiving component, which allows print jobs to be saved and archived, and reviewed.
There are multiple options here, and multiple uses too.  Clearly security and accountability are enhanced by such a feature, but it helps with SOx and other certification too.  Last but not least, print archive review is a handy and very visual way to optimize printer fleets.
PaperCut v13.0 also brings compatibility with the new Oki MFPs, as well as with Brother and Dell devices. 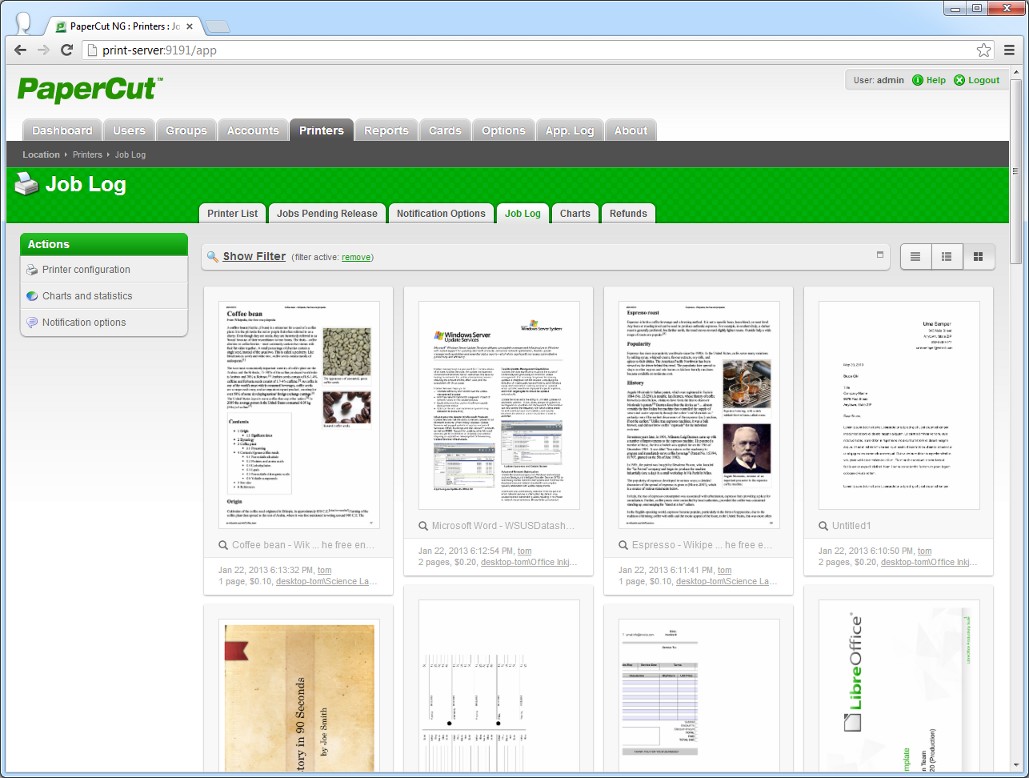