Canon has unveiled the replacements for the iR 1740i and 1750i, the fastest monochrome A4 multifunctions in their range, running at 40 and 50 ppm respectively.  The new machines, the iR Advance 400i and 500i have the same motor as their predecessors.  The biggest change is the interface, which is now in color, and looks and feels like other new Canon screens.  The most significant updates concern the print controller, which now has the same features as the A3 imageRUNNER Advance range.

Specifically, these new MFPs can scan to PDF text or Open Office XML (Powerpoint) as standard.  Canon are also highlighting the fact that they run the Java MEAP platform and support MEAP web too.  This means that these compact MFPs can integrate with Canon apps but also third party software providers' apps.  So indexing scanned documents directly at these MFPs is possible with a broad range of business software, as is the whole gamut of pull print features such as secure printing.

All the technical specifications and the pros and cons for these machines will be on Your DMO very shortly. 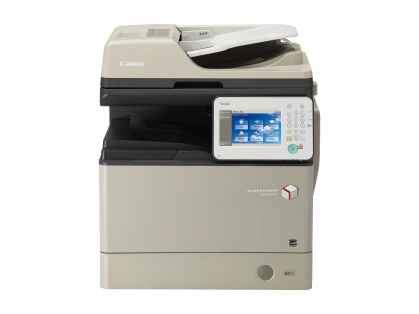