The manufacturer Sharp has launched an all-new A3 color MFP in Europe, a successor to the recent MX-2301N, the MX-2310U.

with however some special additions like:
- 7" touch screen
- 160GB hard disk as standard
- 1GB RAM as standard

Scarcely a year after the launch of the MX-2301N (in December 2009), Sharp is renewing its entry-level A3 color machine with one which is not really that different, but which is more user-friendly and has a greater capacity. 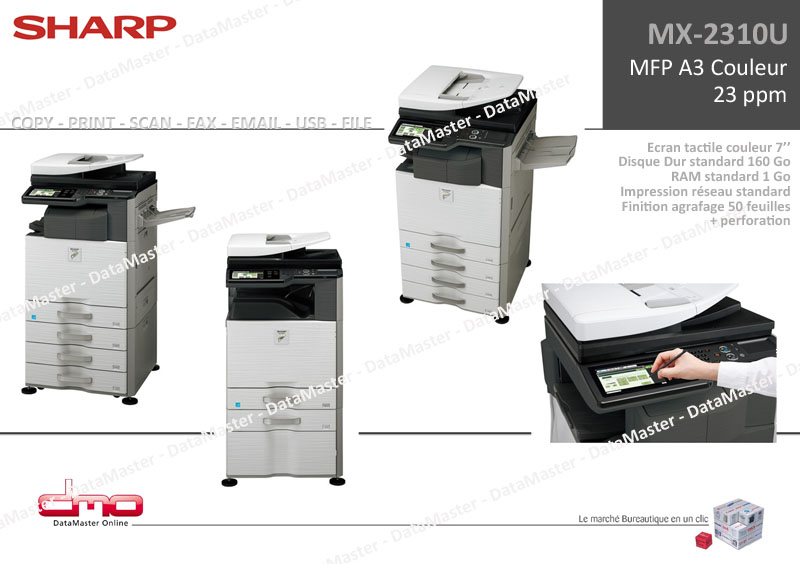