New Xerox WC5700 and WC7120 officially launched in the US

We recently announced the changes in the Xerox A3 color range (the phasing out of the WC7232 and WC7242).  Now Xerox U.S. is officially announcing their latest model: the WorkCentre 7120. This color and black 20 ppm MFP provides Xerox with an entry-level MFP to compete with other brands' entry-level systems.
The B&W range has also been updated: the WC5600 series is being replaced by the WC5700 series.  Seven stations have been announced, up to the WorkCentre 5790 (90 ppm). These machines integrate the color touch interface already seen on ColorQube and the WC6400. 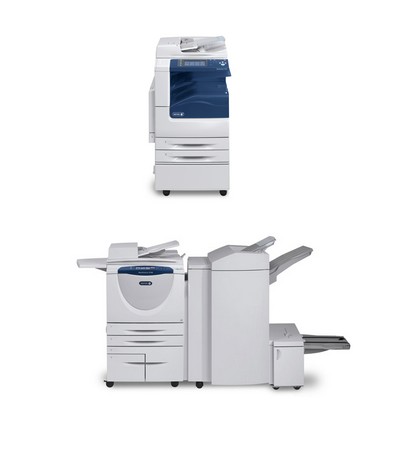