Announced late last year, the Fuji Xerox Color 1000 was officially launched on Asian soil in January 2010 and its counterpart, the Color 800 should be next (Spring 2010).
These new digital presses resp. 80 and 100ppm will be presented at the IPEX exhibition in Birmingham next May 18th.
In terms of design, they share the look of the iGen presses.
In terms of quality and environment, the new 800 and 1000 Color use EA Toner hitherto seen on Nuvera.
Finally, these presses integrate a fifth color type glossy from a transparent toner called "Clear Toner" which will offer a complete varnish or selective finishing.
Besides these differences, there is a weight ranging from 50 to 350gsm and a size max 330 x 488 mm. 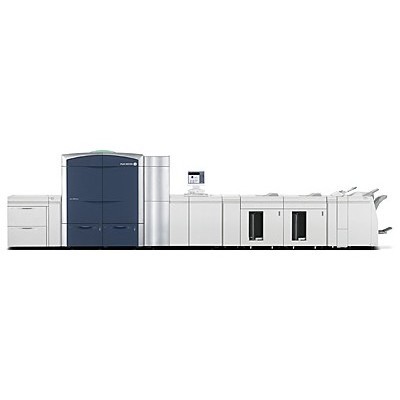