The rollout and take-up of the PageWide A3 machines is surpassing expectations, according to David Laing, Vice-President and Global Head of A3 and Contractual Future Product Marketing. Overall HP's A3 machines are selling better than expected in Europe, but slightly behind in North America. Their five-stage dealer onboarding approach is being applied to ex-Samsung dealers too - and all are benefitting from HP sales training. HP's Smart Device Services MPS/technical support apps and procedures are being well received by newly signed-up dealerships too, and according to David are delivering up to "20% savings to the bottom line" by reducing dealers' support costs.

Wednesday also marked the launch of two new ranges, the Managed P774 & P779 series. These are PageWide (inkjet) A3 printers and copiers. These have less memory and smaller hard disks than the P777 machines released in 2017, and are aimed at customers who are not seeking integration with substantial on-prem systems - and do not want to pay for the possibility: the new machines will sell for at least $300 less. All HP PW machines have embedded job accounting.

HP are going to provide external finishers for the PageWide A3 series in July.  These will be stapling and/or hole punching units, but will not be able to fold.  HP Europe have told us that saddle-stitch finishers are to follow.

All HP A3 machines are suitable for the Smart Device Services pack of remote support, administration and consumables management apps. SDS allows HP to deliver on its security promises. Machines running SDS can be monitored for security breaches - the new risks identified and mitigated by HP (run-time intrusion, firmware or BIOS hacks). To this list of mitigated risks can now be added the HP connection Inspector, which monitors network connections (specifically, DNS anomalies).

Worth quoting here Christoph Ruef, Vice President and General Manager of HP’s Americas print business, in an interview with ChannelPro: “You can now manage a printer on your network just like you manage a PC on the network. Nobody else can do that.
“Nobody else is really an IT company like HP.”

This is why HP are taking the security discussion in the direction of system security rather than content / document security: they are in a position to leverage the built-in advantage they have as server manufacturers. 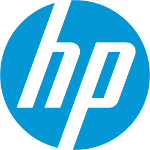