With new color models and new monochrome models, Canon are launching six new iR Advance series of machine between now and the end of this year 2012.

With these models Canon are launching motors running from 20 to 70ppm in color and from 55 to 105 ppm in black. 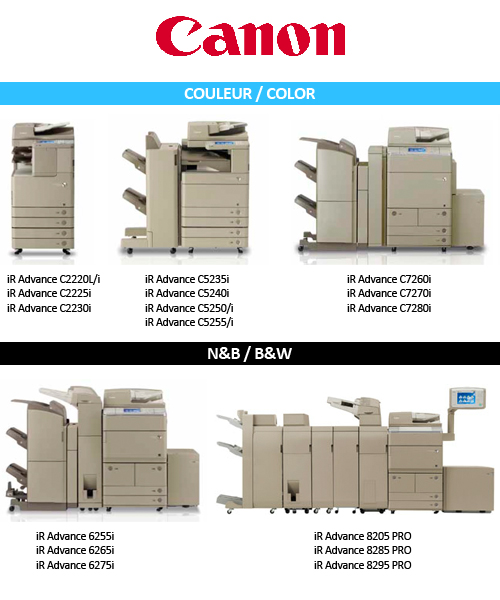