OKI are going to try another joint venture to develop a machine, this time with Ricoh.
We had not heard anything from OKI for a while - though they have done well fulfilling the additional needs for signage during the pandemic with their compact C650 which can print on waterproof substrates, among other strengths.
It has been so long since Ricoh brought out a new print engine, we were afraid they had given up on A3.
Well, here it is, and all-in-one: Ricoh and OKI have been working on a new monochrome A3 print engine, which will be out "in the spring" - in Japan at least.
OKI is at pains to point out that this is emphatically Not an OEM venture, but a Joint Venture.  In 2014 OKI deveoped a range of MFPs with Toshiba.  OKI provided the LED print engine for these, coupled to Toshiba's e-Bridge X controller.  This did not turn out to be a marriage made in heaven.  We thought they were good machines, with distinctive strengths from each stable.  Market success seemed to elude them, and a sense of bitterness prevails to this day.
The machines will have an OKI LED print head, and a Ricoh paper path - though it will be designed for front access, according to the OKI press release.  It is not immediately clear what advantages there are in having the bypass on the front for an A3 device.
Nor is it clear to what extent the Ricoh and OKI versions of the machine will differ.  It seems unlikely that both Ricoh and OKI would both develop a hardware controller from the motherboard up, but then definitions of "print controller" vary considerably.
Share this news item 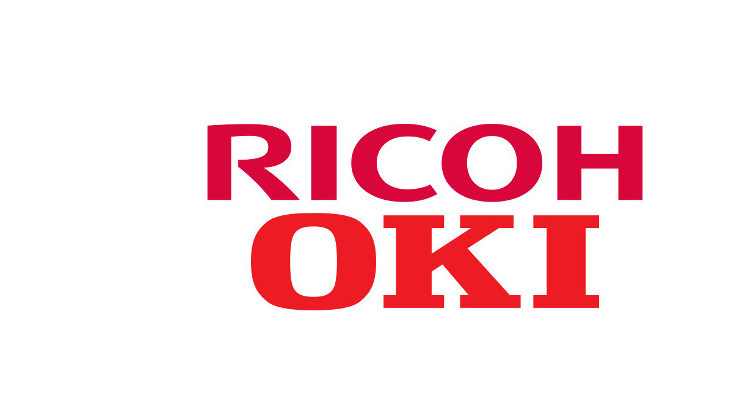