Xerox' board offered HP Inc shareholders $22 per share in 2019, and upped this to 24$ per share on February 10. This $24 is made up of a similar proportion of cash and Xerox stock, but the increased offer still represents a substantial hike in the sums Xerox would have to borrow to fulfil the deal - and thus on the degree of debt the resulting company would have.

HP's share price last week was around $22.64. Some analysts have suggested that an even better offer of $25 per share might tempt enough HP shareholders to accept the deal, with others suggesting that it might take $26 to tip the balance - which would value HP Inc at around the value it had in 2018.


HP decline all offers and put defenses in place

In the last few days HP Inc's board has put a share buyback plan into place.

This is a defensive move. HP has relatively little debt at present. The plan to buy back its own shares would be funded by doubling their debt. Increasing share ownership in the board will strengthen its position in any future negotiations.  Perhaps more significantly, it also means any would-be buyer of HP will also have to take on the increased debt level. Xerox might find it harder to raise the cash required for an acquisition which includes buying HP Inc's debt.

Most analysts agree that a merger between HP Inc. and Xerox makes sense. It should create synergies and make money for all shareholders. Printer-Benchmark.com's articles have set out how this could work.

There are remarkably few market segments in which they compete head on. Their business strategies do not conflict, by and large – and might well complement each other. Xerox has a great sales network of dealerships over more than 2/3 of the world, but they don't manufacture the office machines they sell. As we count down to the end of Fuji's provision of products to Xerox Corporation (March 2021), this point is going to become increasingly sore.

Ex-Samsung VP of Print Chin Yoon said recently that Samsung seriously considered buying Xerox (presumably back in 2012 or 2013). At that time Xerox' sales reach was even greater, with Fuji Xerox covering the parts of the planet Xerox alone cannot (regions which, coincidentally, are those best covered by HP Inc's direct channels).


In fact, the only weird thing about this whole deal is that it has been the smaller Xerox bidding for the larger HP Inc.

Here's why: Carl Icahn wants his team in charge of the resulting company.

Carl Icahn, "activist shareholder" in Xerox, has hedged his bets by buying billions of stocks in HP. He owns about 11% of Xerox and 4.3% of HP. So long as his long-term affiliate John Vesentin (who he placed in the role of Xerox CEO) ended up as CEO of "HP Xerox," he doesn't mind who buys whom. There is little doubt in anyone's mind that lucrative synergies abound - so as a large shareholder of both sides, Icahn will be in the money either way. Icahn says he suggested as early as November 2019 that the merger could come about with HP buying Xerox. “The make-up of the board or who is chairman is not nearly as important as who the management team of the company is. In this case, to garner the great synergies that exist, it is of paramount importance that John Vesentin and his team are the surviving management of the combined company.”

HP Inc's debt ratio, even doubled, will be relatively low. They could raise cash quite easily. Their senior management team is seen as successful. The Xerox proposals all involve increasing the final entity's debt to pay for the takeover bid - essentially leveraging HP Inc's balance sheet against itself.

HP shareholders do not need to sell.

HP Inc's CEO has now confirmed that he sees opportunities in a merger. Enrique Lores told the Financial Times, “We are willing to engage with them. It is not about who buys what, it is really about creating value.” HP Inc is “reaching out to Xerox to explore if there is a combination that creates value for HP shareholders that is additive to HP’s strategic and financial plan.” Discussions with Xerox have started.

“HP believes there is merit in industry consolidation which is why it acquired Samsung Printing in 2017. However, consolidation must benefit HP shareholders. The revised Xerox proposal, announced on February 10, 2020, meaningfully undervalues HP, creates significant risk, and compromises HP’s future.”

The stock exchanges like these latest developments. HP shares went up 6% yesterday February 24, and Xerox' by 3%. This was also fueled by HP Inc's publication of healthy results and plans to cut structural costs by $1 billion and to return $16 billion to shareholders.  What's not to like?

Other companies both from within the print sector and outside might be very keen and able to jump in while so much share ownership is up in the air and so much product manufacturing and market share is up for grabs, let alone the wealth of proven sales channels worldwide.

For instance, Canon owns part of the financing company that Icahn would use to raise part of the cash proposal. Are Canon keen to be part of this merger? Canon declined to bid for Ikon and looked up the chance to buy market share with a sales network. Would they do so again? Or be wary of not making the same mistake?


Time is on HP’s side. It looks to us like the tide turned yesterday. 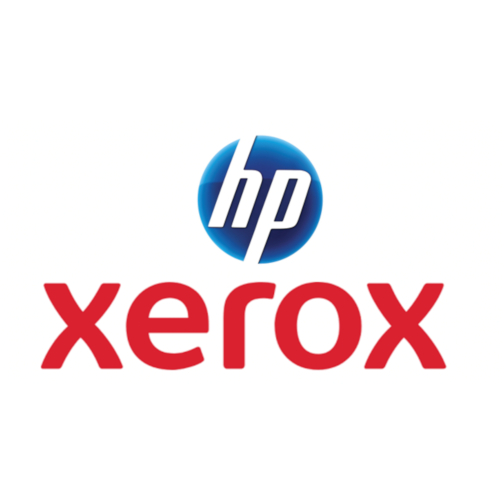